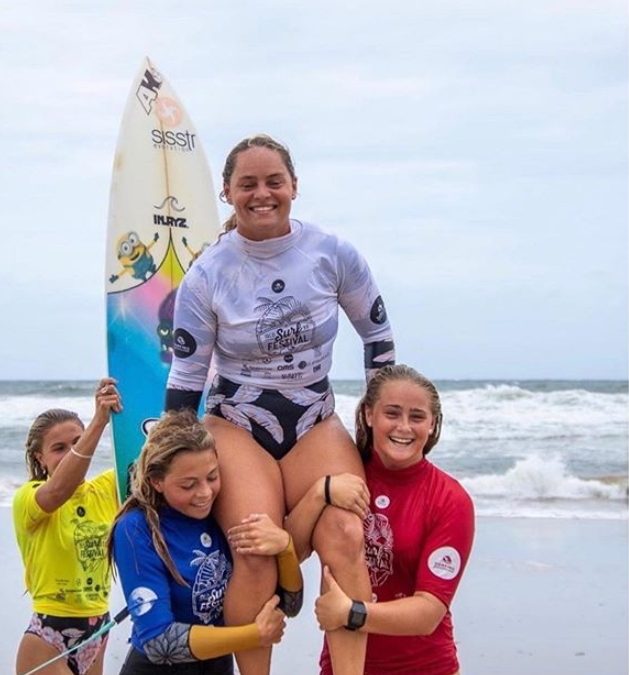 Jade Wheatley has won a Queensland State Title in the open female shortboard division on Saturday 8th March – day three of the 2020 QLD Surf Festival on the Sunshine Coast. Coolum Beach provided tricky and windy 3-4ft waves for competitors again. Jade is amongst eight finalists (four male, four female) who will represent Queensland in the open shortboard division at the Australian Titles later in the year.

Jade fought tooth and nail in the tough conditions to defeat local favourite Ellia Smith (Coolum Beach, QLD), Tayla Green (Buddina, QLD) and Coco Cairns (Tewantin, QLD) respectively in the final. Jade scored a 6.0 straight off the bat, followed by a 7.00 for a combined heat total of 13.00. Her competitors could only manage scores in the 3 to 6 point range for the duration of the heat, leaving Wheatley victorious.
“That was a tough heat, it was hard to hear with all the wind,” said Jade. “It was a bit nerve-racking having only one event as opposed to three this year, but I’m stoked to walk away with the win.”
*image copyright to Surfing QLD